You are here: Home / education / “More Taxes!” – The Teacher Union’s Solution to Education 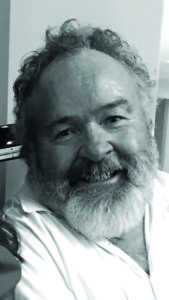 In 2015, Nevada’s Legislature passed the largest one-time tax increase in Nevada history, $1.2 billion of which was, ostensibly, to boost education funding. Despite the fact that the commerce tax was rejected by voters the previous year, the Legislature and Nevada’s elected leaders chose to unilaterally “fix” education by passing the large tax package. This forced Nevada businesses to adjust to a potentially harmful tax on commerce.

In the three years since the tax has passed, it appears little progress has been made, especially in one of the nation’s largest school districts, Clark County. Despite that, business owners and executives across the Silver State are continually told that what is needed to fix education is “money, money and more money”. The contributions of businesses to education, both voluntarily and through the new tax, are apparently so little as to be nearly meaningless. The latest demand for more comes from the teacher’s union, the Clark County Education Association (CCEA). The union released a 22-page paper in early August that outlines what they deem is necessary to fix education in Southern Nevada, namely the ability for local school districts to raise taxes on their own.

Despite the fact that many business owners, myself included, have been saying for years that the state’s failing education system desperately needs accountability and reform before we throw more money at it, the CCEA believes that more money is needed immediately. “We believe Nevada’s students can’t wait for a lengthy and expensive overhaul of the Nevada Plan,” said the union’s paper. The problem with that logic is, we’ve already been throwing money at the system. Either we fix it now or we fix it later, either way it needs to be fixed. It makes absolutely no sense to throw more money at the problem when there is little accountability in the system.

Currently, education funds in Nevada are collected at the state level and placed in the Distributive School Account. The money is then doled out to the state’s districts based on an outdated funding formula. The CCEA is saying that, instead of working to change the formula as soon as possible, legislators should instead focus on passing a bill that authorizes local school districts to raise taxes on their own. The union report suggests authorizing counties to raise revenue sources based on the approval of the Clark County Commission, voters or both.

Apart from the fact that adding more taxes ignores the larger, more pressing issues of reform and accountability, there are other issues to allowing districts to bypass the legislature and raise their own taxes. One such issue is inequity in raising funding, larger school districts would have the ability to raise more funds, while smaller school districts would face challenges. In addition, school districts already get funding at the local level in the form of property taxes. Meanwhile, common sense measures such as school-choice programs, which have already proven effective, are vehemently opposed by CCEA and the Clark County School District even though such programs would actively relieve the pressure placed on schools and teachers by overcrowding. And, it appears reform is a dirty word to the CCEA who believes such action should be put on the back burner until additional funds are raised.

Call to Action: If the engine in your car blows up, do you pay a mechanic for a new paint job or do you ask him to overhaul your engine and fix the issue? In the same way, we need to stop adding more and more revenue streams to a system that clearly needs an overhaul, not a shiny new coat of paint. Reject the CCEA’s proposal of new and inventive ways for a broken system to raise funds and instead demand that Nevada legislators reform education in this state.

2 Chronicles 7:14 (NKJV) “If my people who are called by My name will humble themselves, and pray and seek My face, and turn from their wicked ways, then I will hear from heaven, and will forgive their sin and heal their land.”

Daily Devotion Understanding “…the importance of a cost/results ratio… If it cost me $5.00 to … END_OF_DOCUMENT_TOKEN_TO_BE_REPLACED

Daily Devotion “Wherefore, my beloved, as ye have always obeyed, not as in my presence only, … END_OF_DOCUMENT_TOKEN_TO_BE_REPLACED

Daily Devotion “God asks that you steward your most precious resource, time, so that you live … END_OF_DOCUMENT_TOKEN_TO_BE_REPLACED